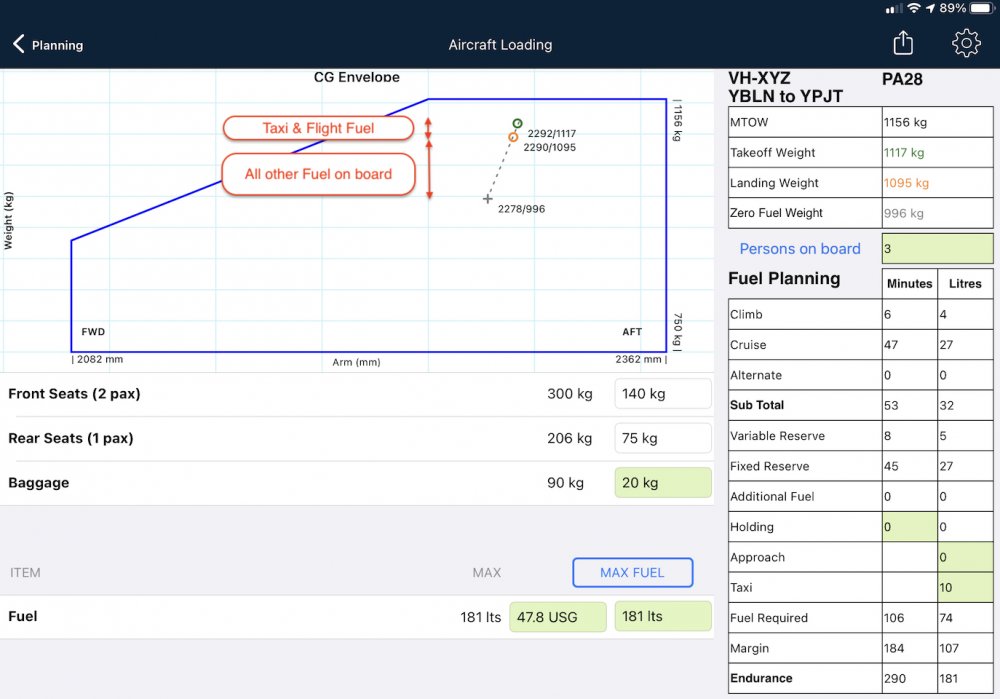 With weights entered, within the Centre of Gravity envelope should appear two small circles, a grey + symbol and dotted line connecting them. If you don’t see that, there may be some important data missing from your aircraft profile. Visit the Aircraft Type Database or tap the settings (cog) icon at the top right corner to enter those details. 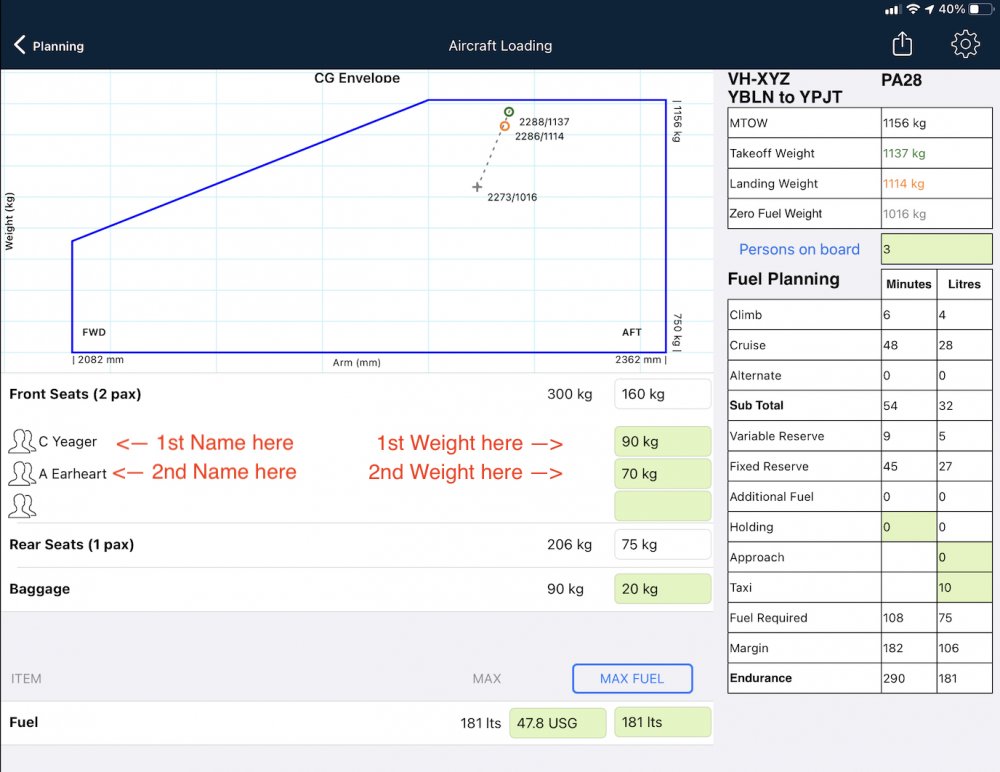 The weight will then be entered in the load station, and the number in the Persons on Board field will be updated accordingly.

For subsequent crew and passengers, repeat the above process in an empty line in the appropriate load station line. Each time you enter a new passenger, both the Persons on Board field and the total weight for that load station will be updated accordingly. 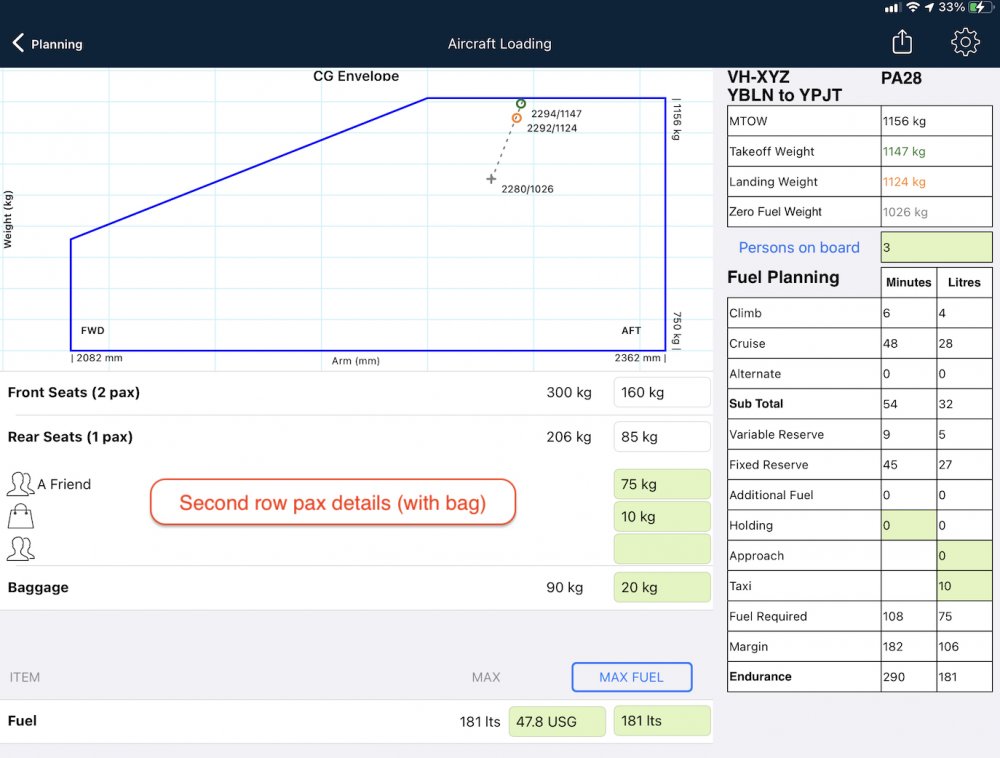 If your aircraft has a lateral weight and balance envelope defined, it will appear in the Loading pane and can be completed using the same methodology as for normal forward/aft envelopes.

An example of a fully defined helicopter WnB page is shown here: 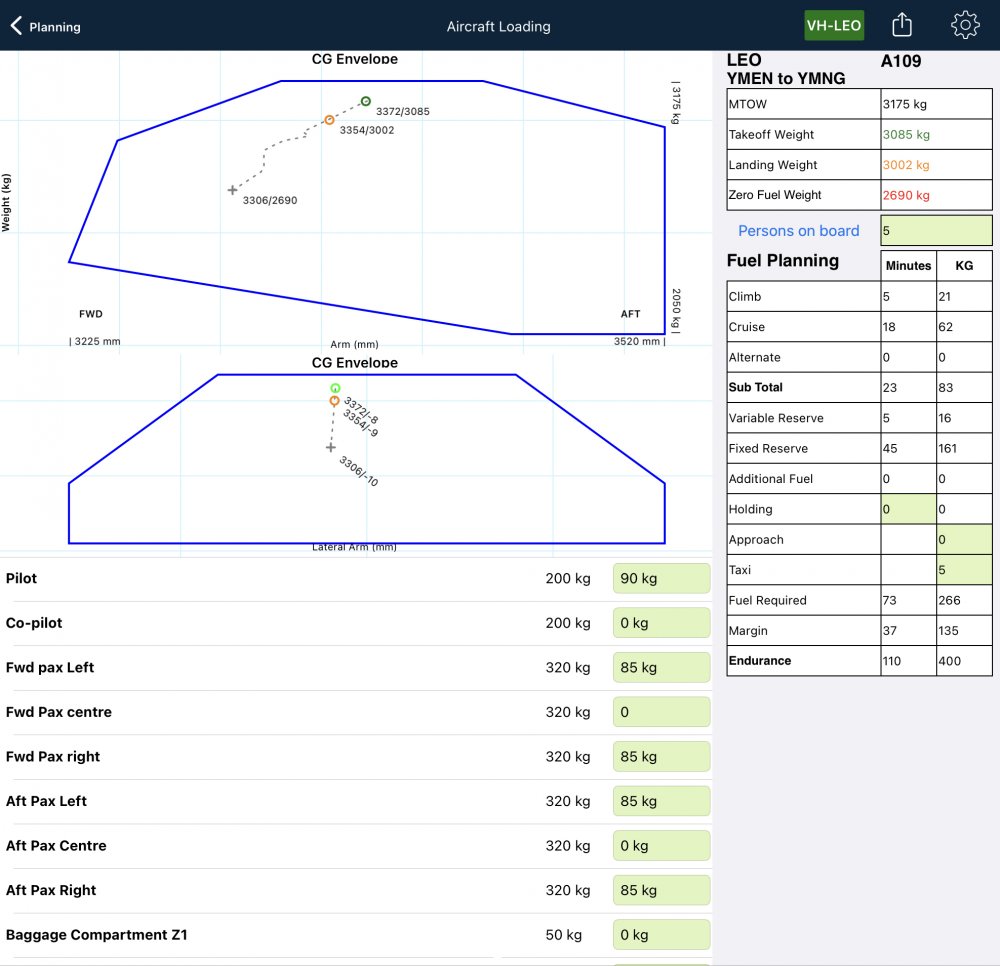