This green dynamic shape takes into consideration aircraft glide ratio, wind and terrain to derive and display an area that your aircraft could theoretically reach in at a manoeuvring height of 1500 feet AGL – if placed into a glide at this very moment. 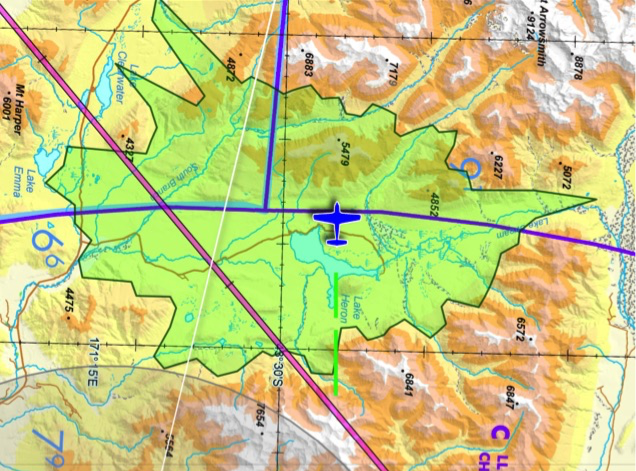 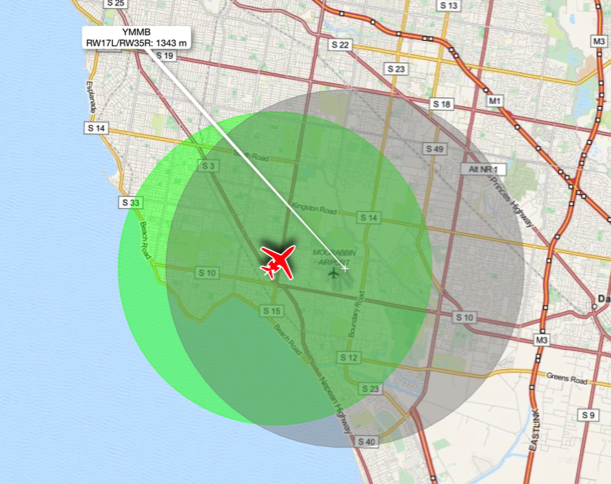 Note that in the above example, the glide envelope is almost circular due to little wind or terrain influence. 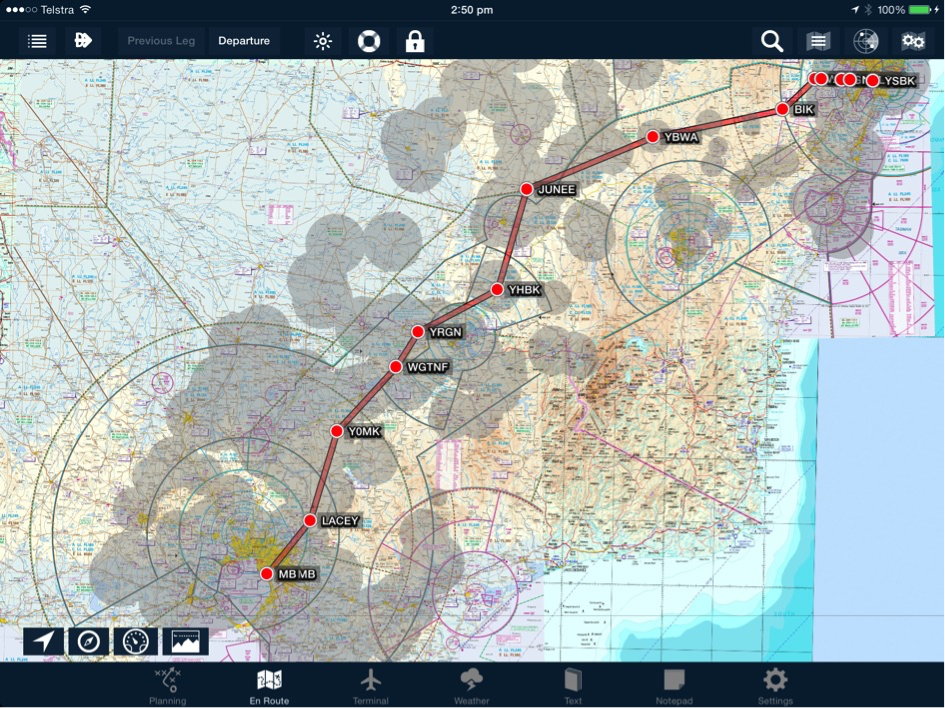 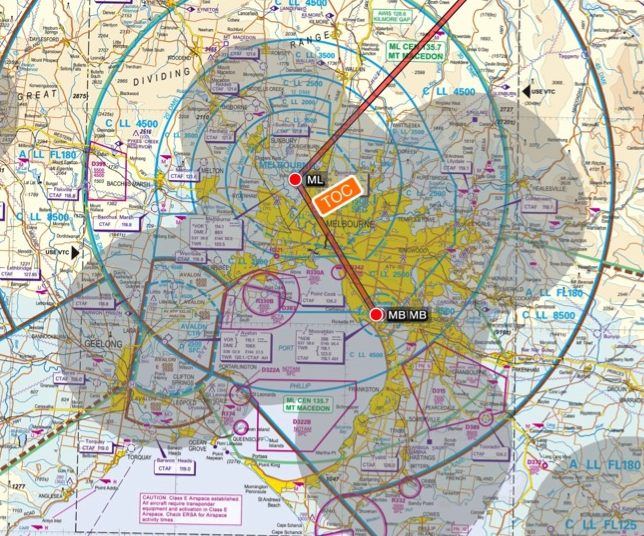 While in flight, AvPlan will calculate and designate the most appropriate and/or the closest airfield for the parameters set within the aircraft profile (glide ratio & minimum required runway length). An algorithm constantly prioritizes, selects and labels these using the following criteria (in order of preference):

!Note: Most ALA’s do not have a runway length defined in the Airservices navigation database. They are therefore treated as having a zero runway length. This means that they will not have a grey circle shown when glide planning.