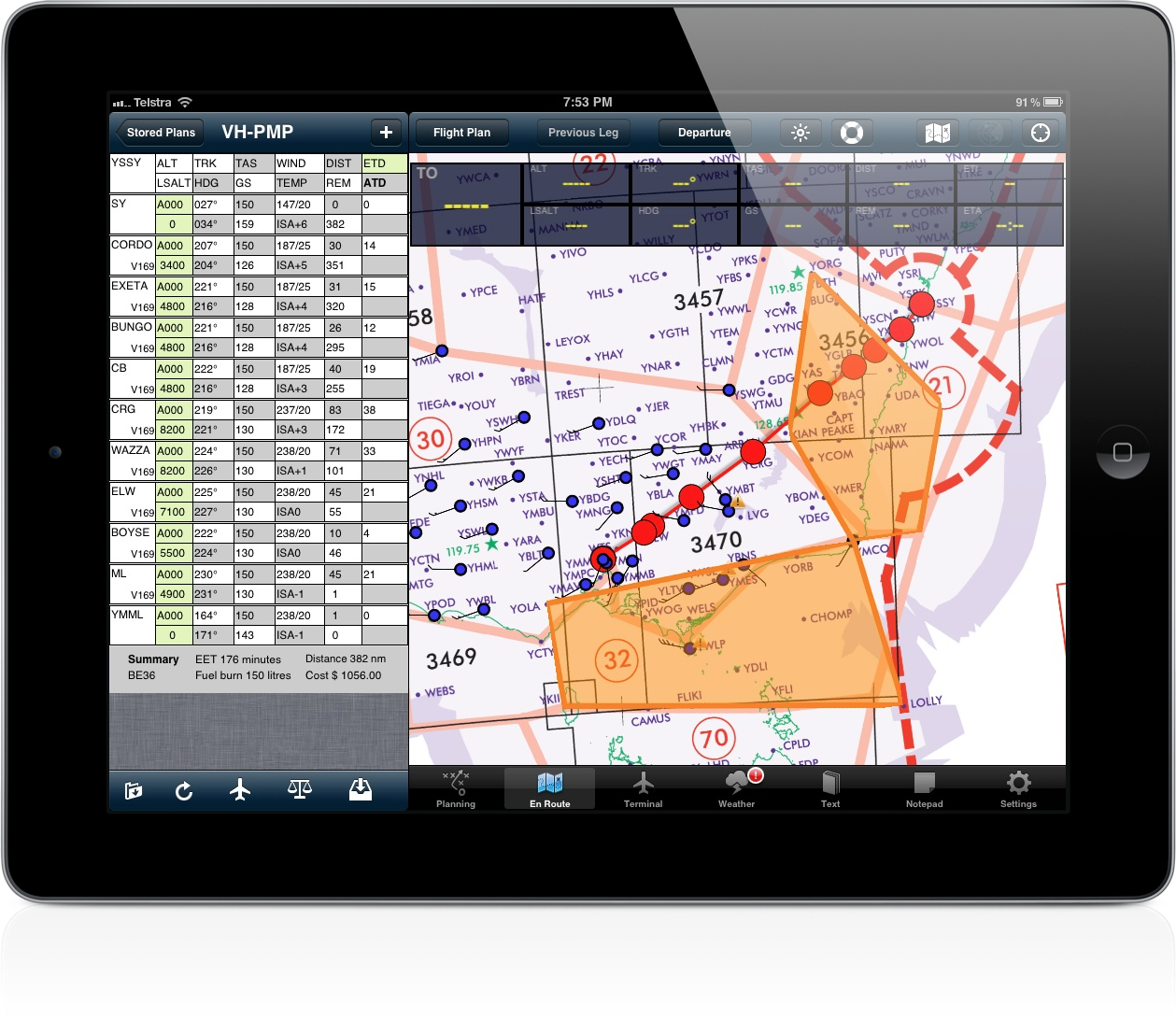 AvPlan 1.5.1 is now available in the App Store. In this release we have added SIGMET and METAR overlays over the maps. The SIGMET overlay is still in prototype form – expect to see this being refined over the next release or so. To get the most from the SIGMET overlay, download an updated database, which includes some MET reporting points which were previously omitted.