AvPlan EFB 7.10 for iOS is now available from the App Store. This release adds a number of new features and improves a few others; 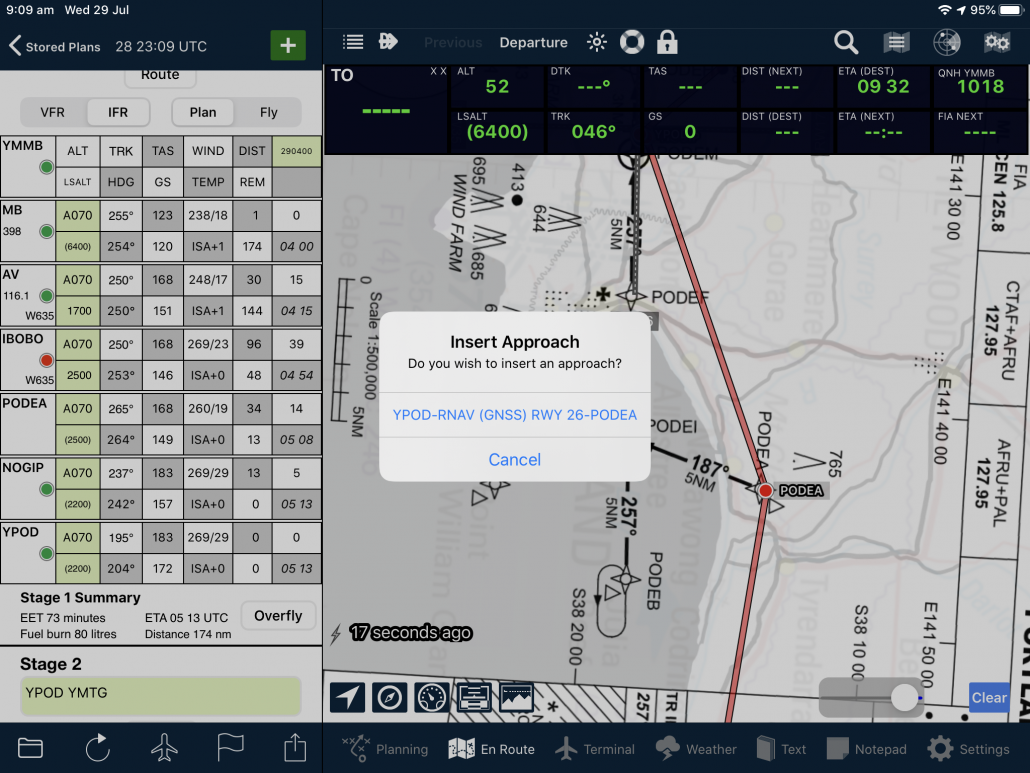 Use the drag and drop function on the map or terminal pane to insert an RNAV approach into your plan. Insert an initial approach point and the app will prompt you to choose the relevant approach and insert it into your flight plan.

The flight plan reports can be viewed and selected under Planning, View/Print Flight Plan Reports 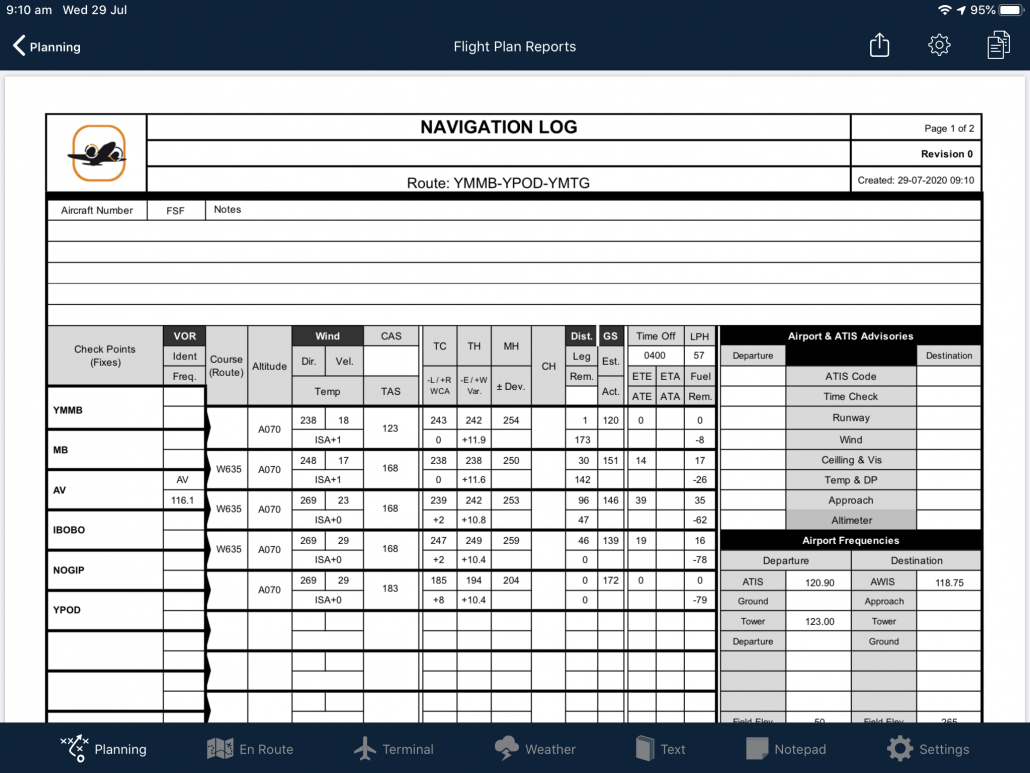 In this release we have greatly improved the way aircraft profiles sync across your devices. We’ve completely reengineered the way we sync content in AvPlan EFB, and aircraft profiles is the first of many improvements this will bring to the app in the future.

AvPlan EFB 7.10 now corrects the altitudes of traffic received from a directly attached ADSB receiver. Altitudes are now converted from a pressure altitude to the altitude based on the current QHN. This happens automatically for all aircraft below the transition altitude.

See the AvPlan Omni page for a list of currently supported ADSB devices.

Flight logging is also greatly improved in AvPlan EFB 7.10. AvPlan EFB will do a far better job recording block off/block on times, departure events on multi stage plans and even go back to Plan mode automatically after your flights complete.

See and be seen – Portable ADSB-out is here