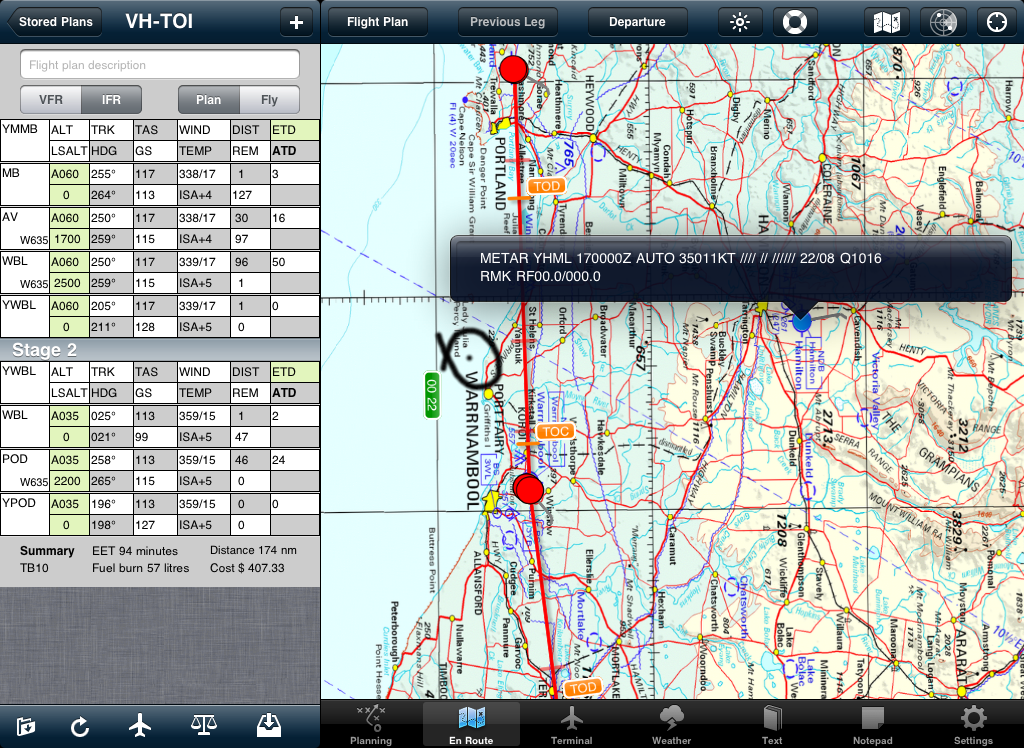 AvPlan 1.5.3 is now available via the Apple App Store. This release includes a bunch of new features;

During the install the app will update, download and install new databases. This database update sets the app up for some exciting new features which will appear in 2012.
The METAR icons are colour coded as follows;
A CSV file can be imported from an email message into the app. The format of the file is as follows;
(the Type and Frequency values are currently placeholders and will be silently ignored)
Also included are a bundle of bug fixes, performance and stability improvements.
As with all our releases since 1.5, if your trial period has expired, a new version will work for a number of days to give you the chance to see the new features in action.
https://www.avplan-efb.com/wp/../shared/content/uploads/2011/09/metar_tod.png 748 1024 admin https://www.avplan-efb.com/wp/../shared/content/uploads/2016/10/newlogo2.png admin2011-12-04 13:01:022011-12-16 16:22:07AvPlan 1.5.3

Just in time for Christmas
Scroll to top