On the 9th of November 2017 Australia will transition from the old text based area forecasts to the new Graphical Area Forecast (GAF). Area briefings will no longer contain the area forecasts, but just the forecast QNH, TAF, METARs and NOTAMs. 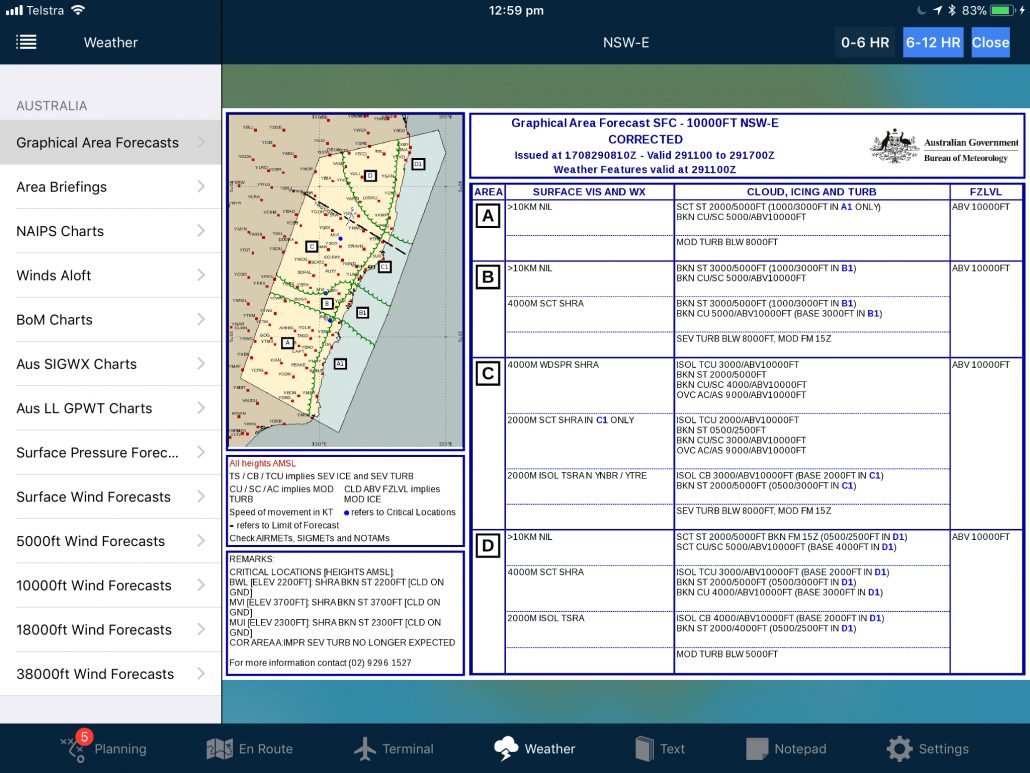 The GAF consists of a graphical chart of the GAF area (and a GAF area consists of one or more briefing areas) with areas of weather, fronts etc depicted on the chart. A table to the right lists all weather zones; the visibility, weather and freezing level for each zone. Under the graphic are the weather at any significant point in the GAF area, and these significant points are also depicted as a blue dot on the chart.

Frontal activity or troughs are also depicted on the graphical chart, with a velocity vector if applicable.

GAFs will not be amended if the weather changes during the forecast period. If the weather deteriorates from that which has been forecast, an AIRMET will be issued. AIRMETs will be sent (in almost real time) to AvPlan EFB users as a notification on your device if your plan is affected by a new AIRMET. Additionally, AIRMETs are overlaid on the maps as purple areas when the SIGMET overlay is displayed.

If the weather improves, removing the requirement of a SIGMET, visibility improves above 5km or 8km (and a few more instances) then a corrected GAF is issued. 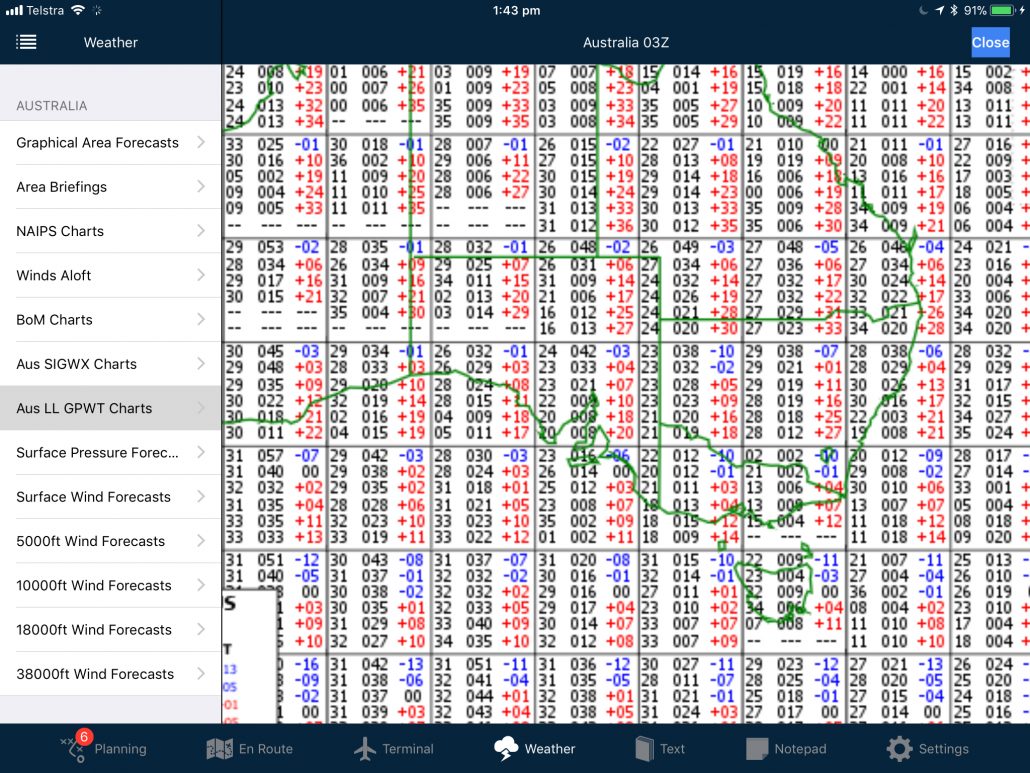 GWPT information will be automatically downloaded by AvPlan EFB and incorporated in your flight plan, so we don’t expect pilots to need to review GWPT charts on a regular basis.

One benefit of the GWPT winds is that the days of selecting a subdivision of an area forecast for winds is over.

AvPlan EFB 7.5 has an innovative GAF overlay to display the new area forecasts. GAF areas are depicted, along with your flight plan. Tap on a GAF area to view a forecast. 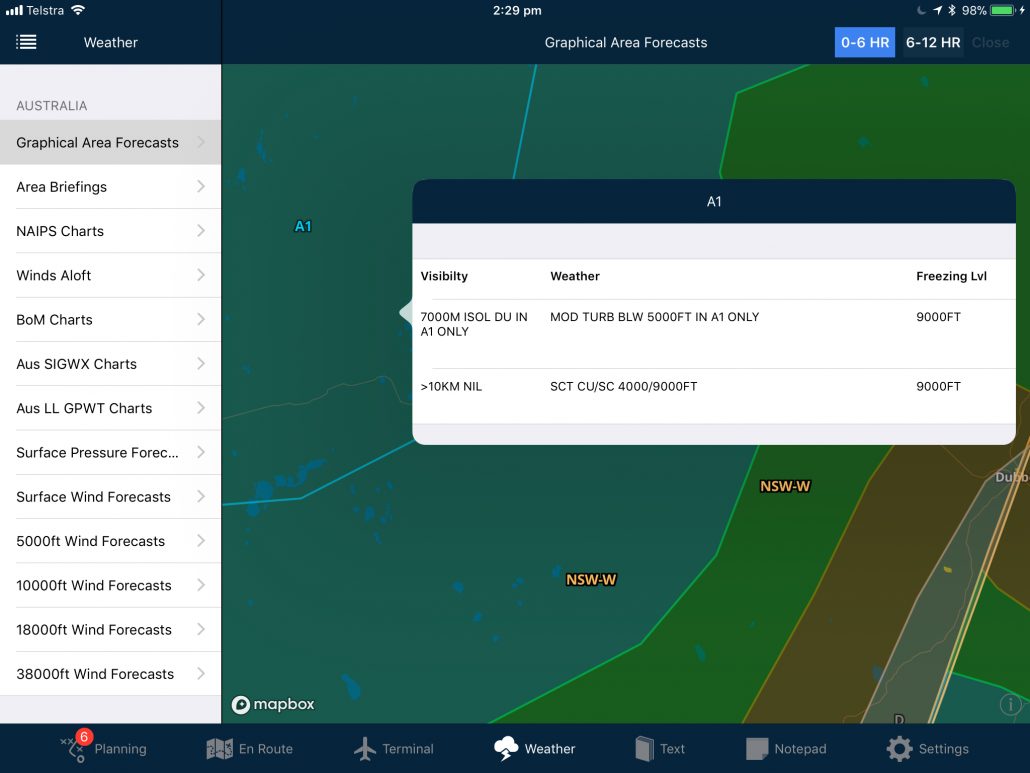