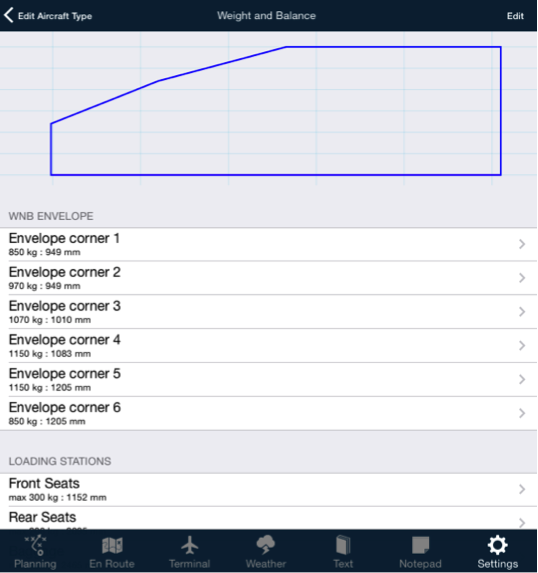 AvPlan EFB uses two pieces of data for each corner, a weight and arm length, to build the envelope.  The Moment Limits are not used, as this is a combined figure of both of the above. Not this type (i.e. the Moment Envelope from the same aircraft): 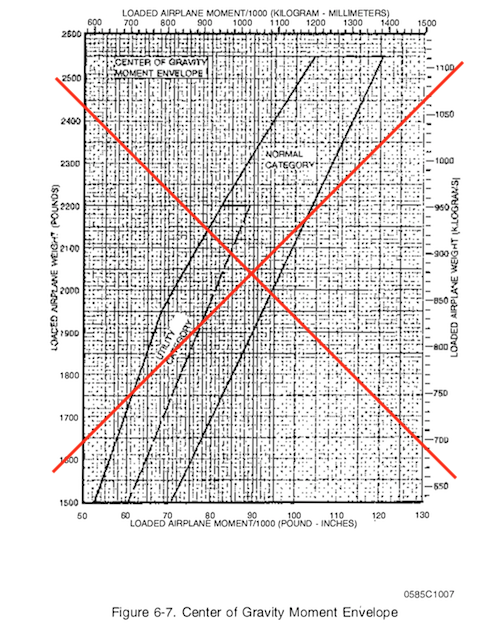 So, the only other figure you’ll need to obtain is the empty weight of the aircraft.  For the purposes of the example, we’ll use 306 kg. 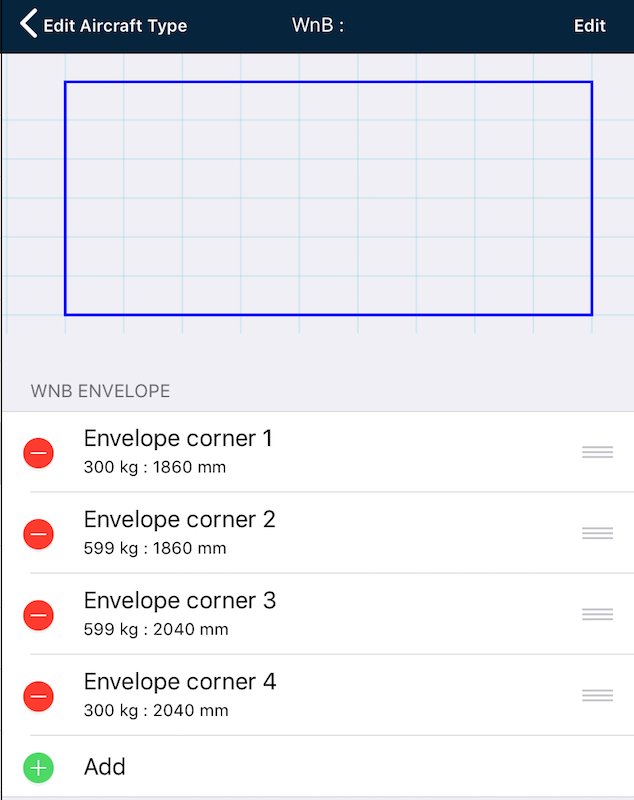 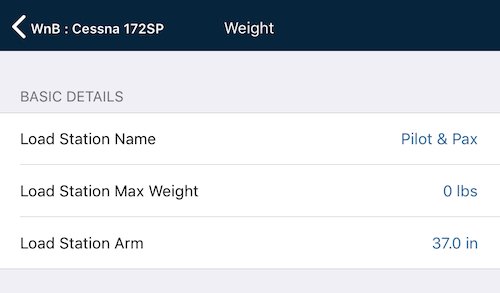 The Load station max weight is optional, as not all stations have a promulgated maximum weight. Mostly, this will be used for cargo/baggage storage locations with a placarded maximum weight. In the Aircraft loading / weight and balance / fuel planning page, if a weight is entered higher than the station’s maximum weight the row’s text will turn red.
p(banner tip). If there’s no maximum, leave as zero.

*Whether you combine load stations with the same station length together or separate them out is up to you. i.e. you can combine the seats so you have Front Seats and Rear Seats if you choose, or you can set up Seat 1, Seat 2, Seat 3, Seat 4. 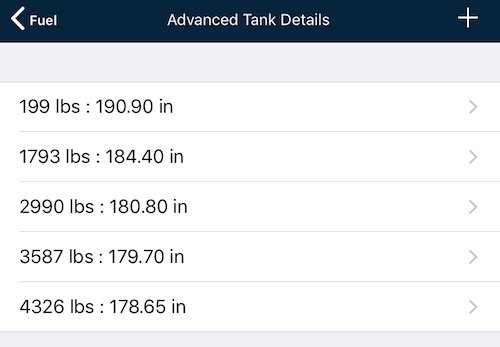