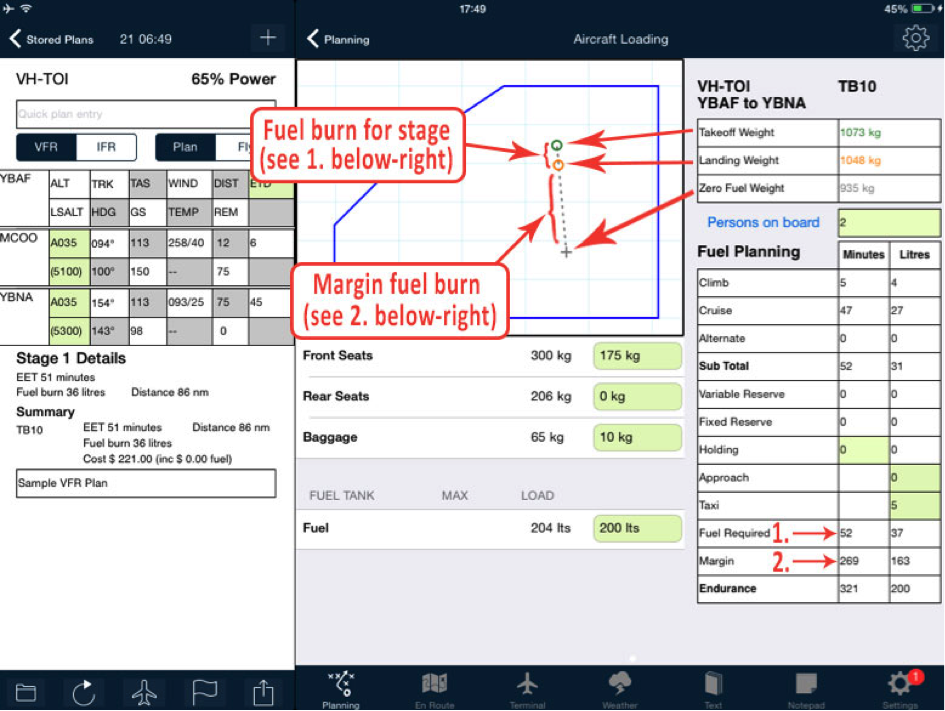 With weights entered, within the Centre of Gravity envelope should appear two small circles, a grey + symbol and dotted line connecting them. If you don’t see that, there may be some important data missing from your aircraft profile. Visit the Aircraft Type Database to enter those details. 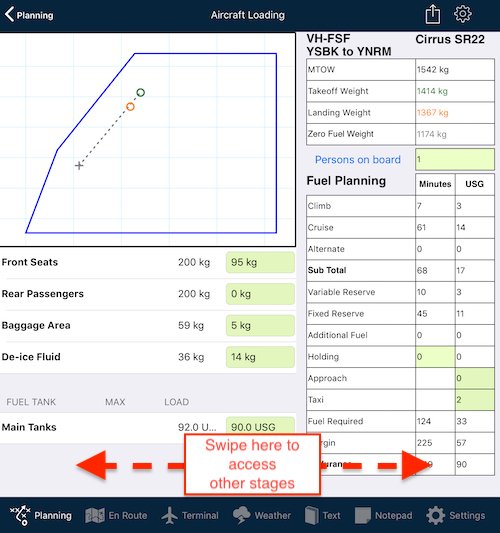 Any passengers/loads/bags/etc are automatically also added to subsequent stages. Unburnt fuel from previous stage is automatically added as the fuel state of the next stage. 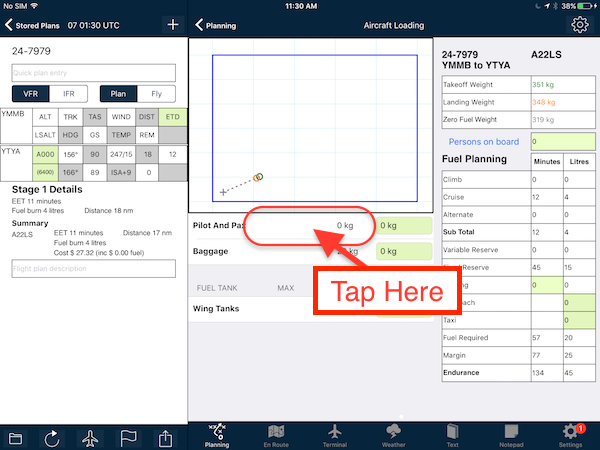 It is important to enter the details in the above order. 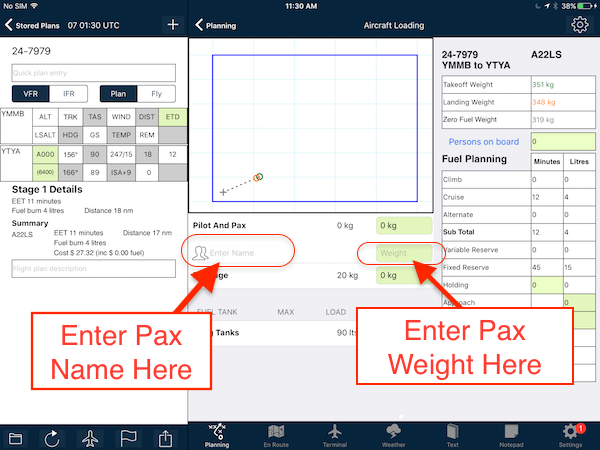 The weight will then be entered in the load station, and also the figure in the Persons on Board field will be updated accordingly. 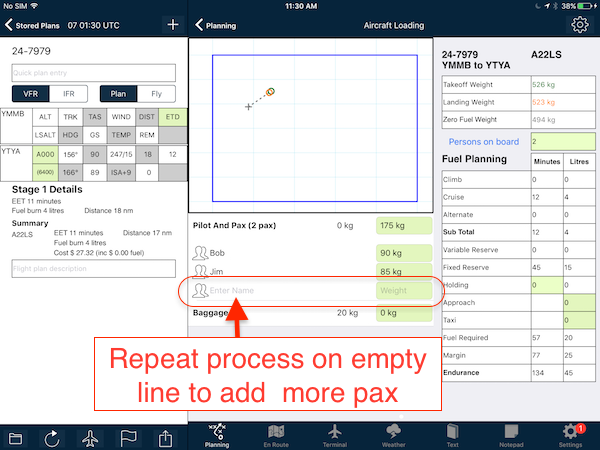 For subsequent passengers, repeat the above process in the empty line. Each time you enter a new passenger, both the Persons on Board field and the total weight for that load station will be updated accordingly.