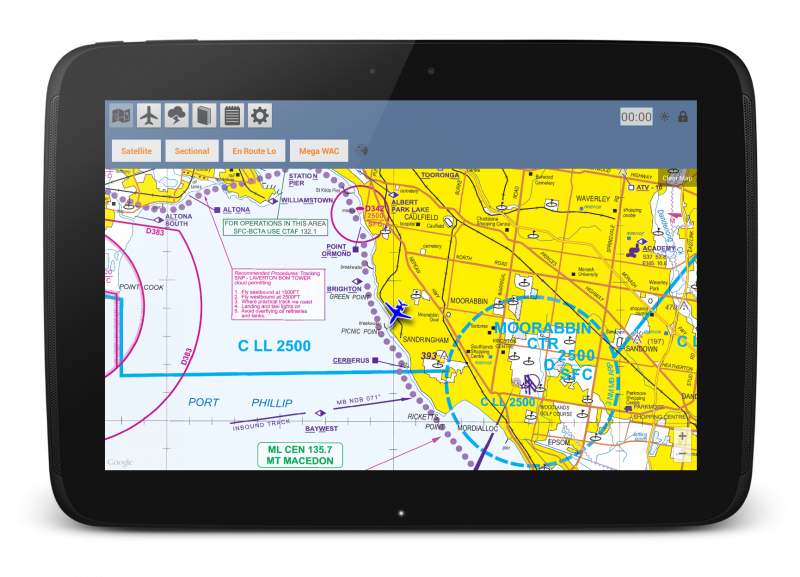 We are excited to announce that in the coming weeks we will be launching AvPlan Lite for Android.

In Australia, AvPlan Lite will an approved in Australia for your paper documents  – it contains our MegaVFR chart for Australia, NZ and the USA, all the ERSA, DAP, AIP, AIP SUP etc. You can access airport TAF’s and NOTAM, Area forecasts and NAIPS charts in a similar fashion to AvPlan EFB. To be considered an EFB and be used in flight as a replacement for paper maps and charts, the device needs a screen size greater than 200mm (7.8 inches)

In New Zealand, AvPlan Lite will include the New Zealand VNC, IFR Enroute Chart and all AIP content (Volumes 1-4).

In the United States, AvPlan Lite will include the FAA Sectional, Enroute charts plus the AF/D , Airport diagrams and approach plates. TAF, METAR, NOTAM and weather charts are also included.

In the coming months AvPlan Lite will evolve into AvPlan EFB for Android with the addition of flight planning, weight and balance and the other great features from AvPlan EFB for iOS.